On July 10 th , we held an event at the Migration Museum to look at what the challenge of creating a new life in the UK are and we also launched our report: ‘Moving Matters’. For the event, we had a keynote speaker, Professor Clare Gerada and an expert panel. It matched very well with the Migration Museum’s current exhibition, ‘Room to Breathe’.
Our report, Moving Matters is based on literature review, social listening and qualitative research. It looks at how migration can be an emotional experience: it can be exhilarating, daunting, isolating and make you feel you are a burden as you have so many questions to ask.

We shared two stories of migration on postcards with everyone at the event. One was about managing feelings of isolation and the other just about the difference in food. We wanted to show that there is both a serious and a light side to migration.

So, what was the discussion like? We started with a wonderful talk from Professor Clare Gerada who described her father’s experience in coming to the UK in the 1960s as a Doctor where it was hard to find accommodation because he had spent the last few years in Nigeria and at the time, there was enormous prejudice. She also described that although he was a GP, he felt outside the establishment. Yet, his daughter became the first female head of the Royal College of GPs in fifty years. She talked of the vital contribution migrants’ make to the NHS and how it could not survive without them. We then moved to the panel discussion. It started with Karen Ang, the researcher of the TGIUK report describing the findings of the report – Moving Matters. She said everyone’s experience of migration is unique to them but there are some patterns you can find. The most important one is trust, when making a new life in the UK, you need to find people who you can rely on. Mostly, the research said people relied on family and friends. Other findings include the importance of work in integration, not only for money but for feeling part of society.
Nazek Ramadan, the Director and Founder of Migrant Voice, then spoke explaining why she set it up – that there was much debate about immigration in the UK but no voice of the migrant. She also talked about how migrants just need acceptance. This was followed by Richard Williams, an asylum and migration consultant…. who raised the difficulties for refugees and asylum seekers in managing the citizenship process but also told some wonderful stories of how some organisations had made a huge difference. He told us about the Brighton Table Tennis club which had helped people learn English while they played table tennis and had been so successful that some of their alumni were now earning a living as professional table tennis coaches. This was followed by Caroline Komuhangi of TGIUK whose family had originally fled genocide in Burundi and were now living in the UK and the US. Caroline talked of how school had been really helpful in her adapting to living here and how supportive the East African Community had been. Finally. Charly Ngouh, an ex soldier, told some funny stories about cultural misunderstandings from his book, ‘How I won my War’.

But, it wasn’t just about the speakers. The audience, and we debated whether it takes the second generation to feel belonging to the UK, the challenge of having two identities e.g. feeling both Zambian and English and whether you feel English when you go to Zambia and Zambian in the UK. We talked about whether the word ‘integration’ was helpful or social cohesion was better and placed less burden on people coming to the UK. And we looked at how values can sometimes clash.

So, to find out more, do read the report and watch some of the films from the event – we will be posting.

For the report, see at the end of this page. 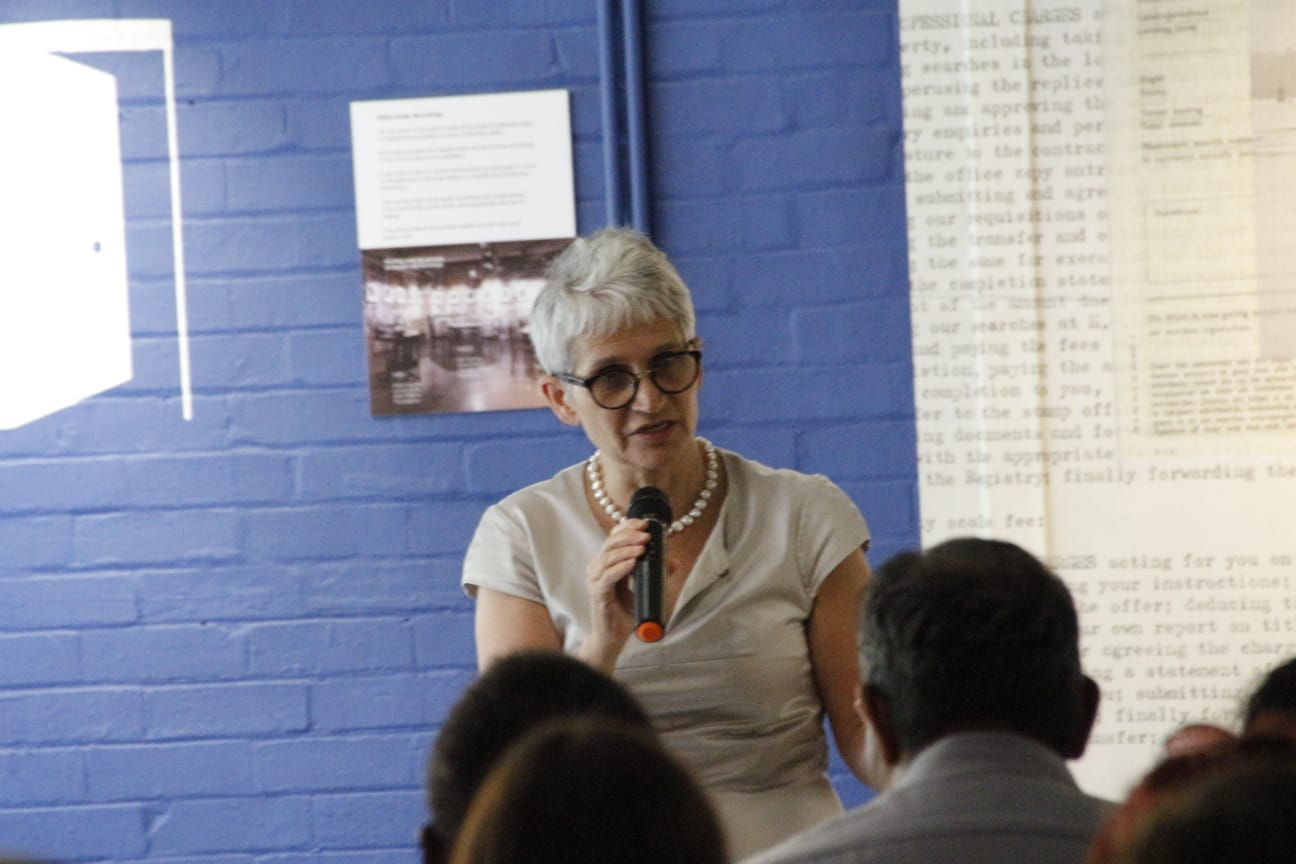 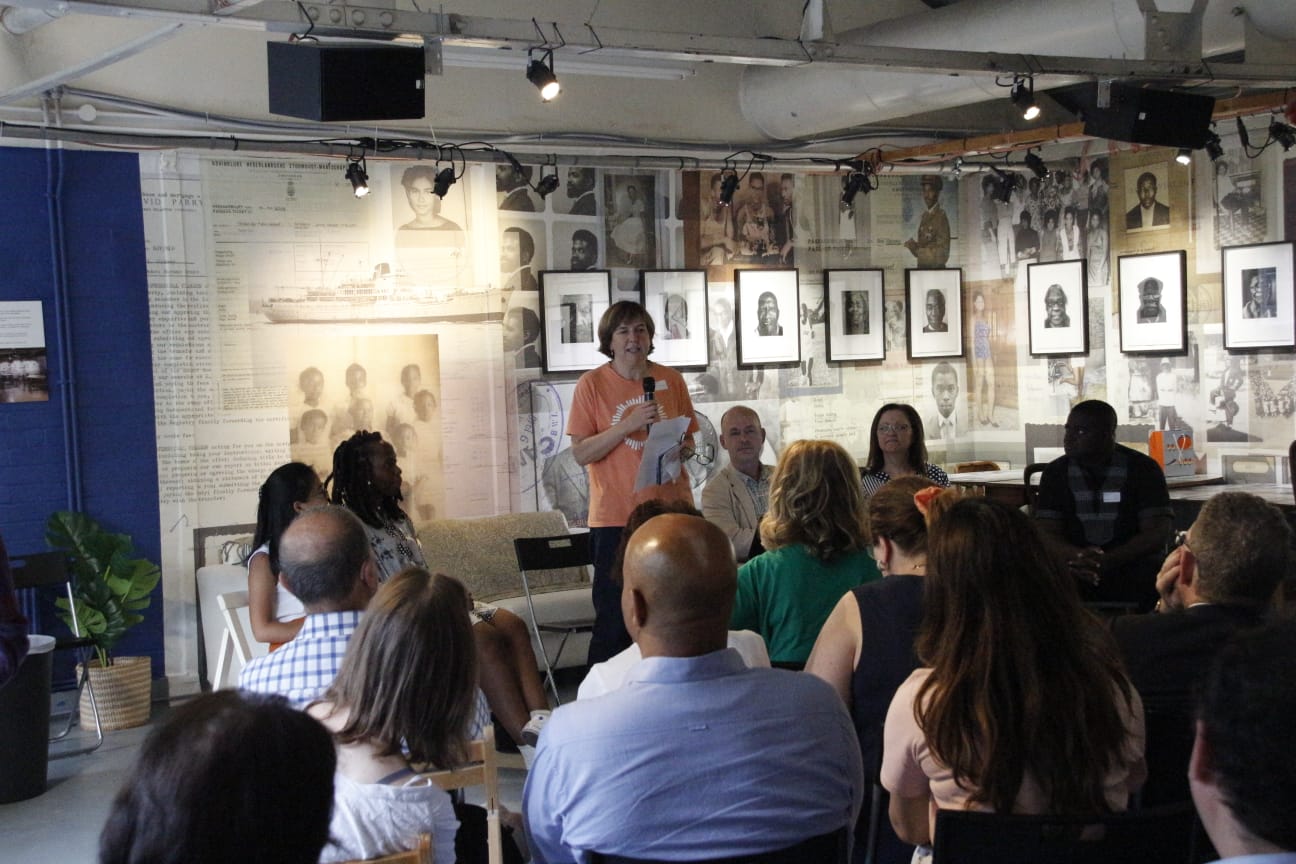 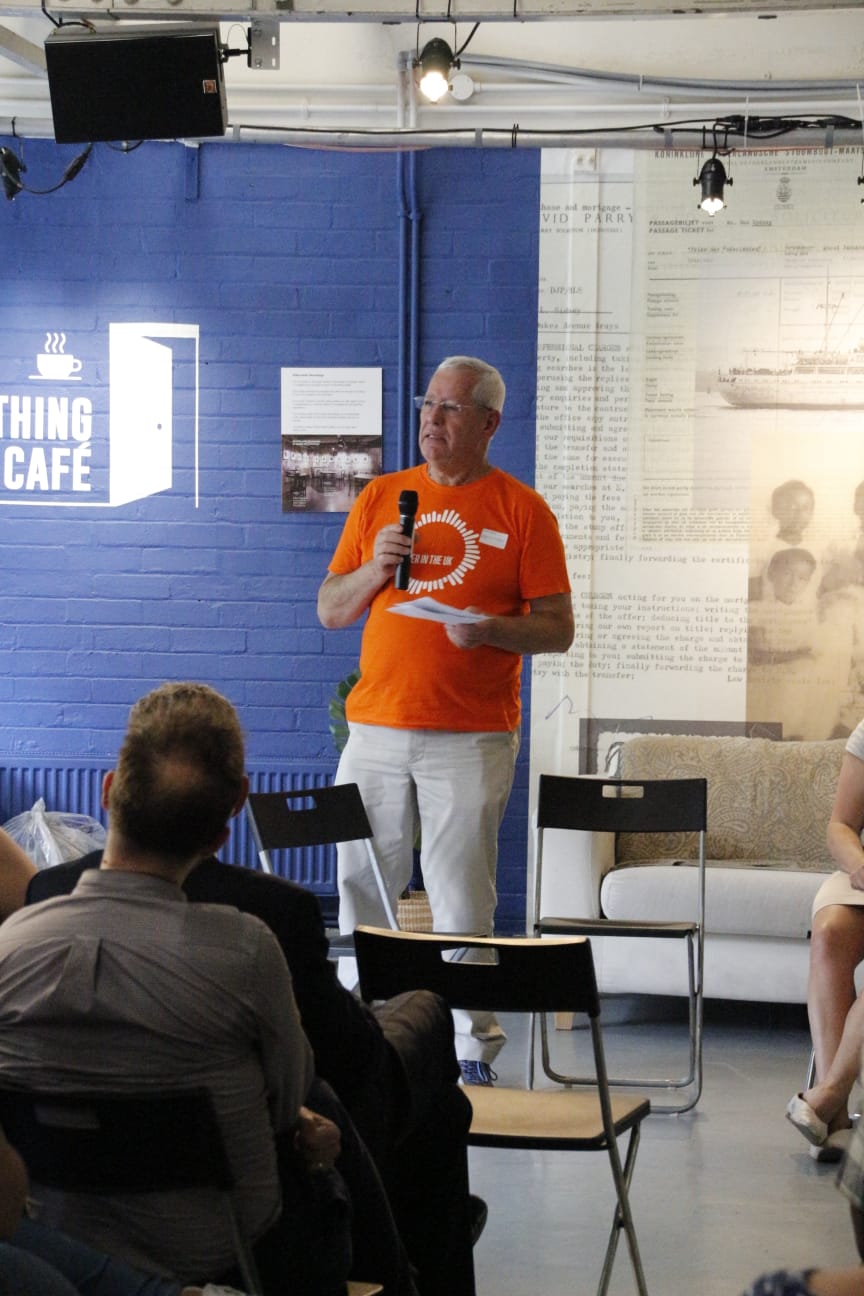 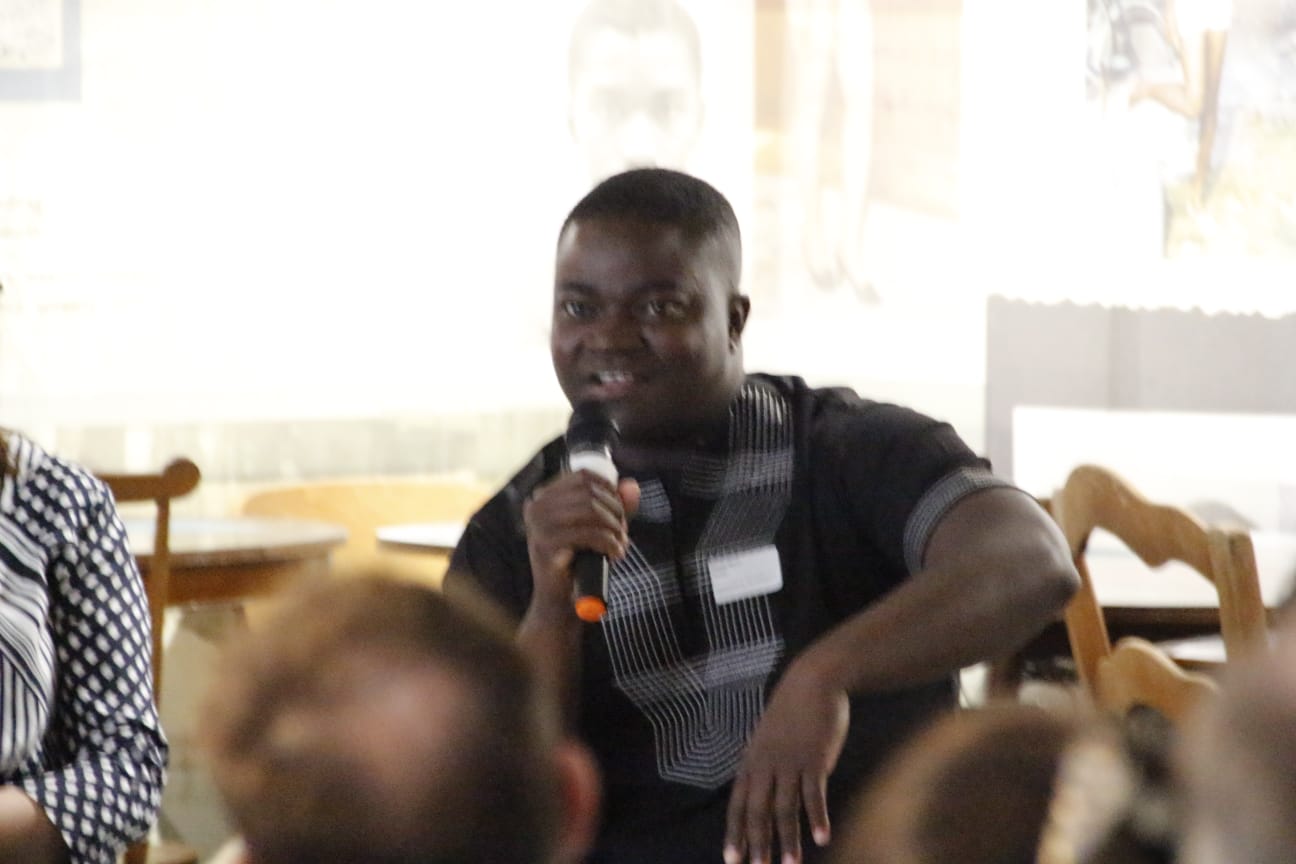 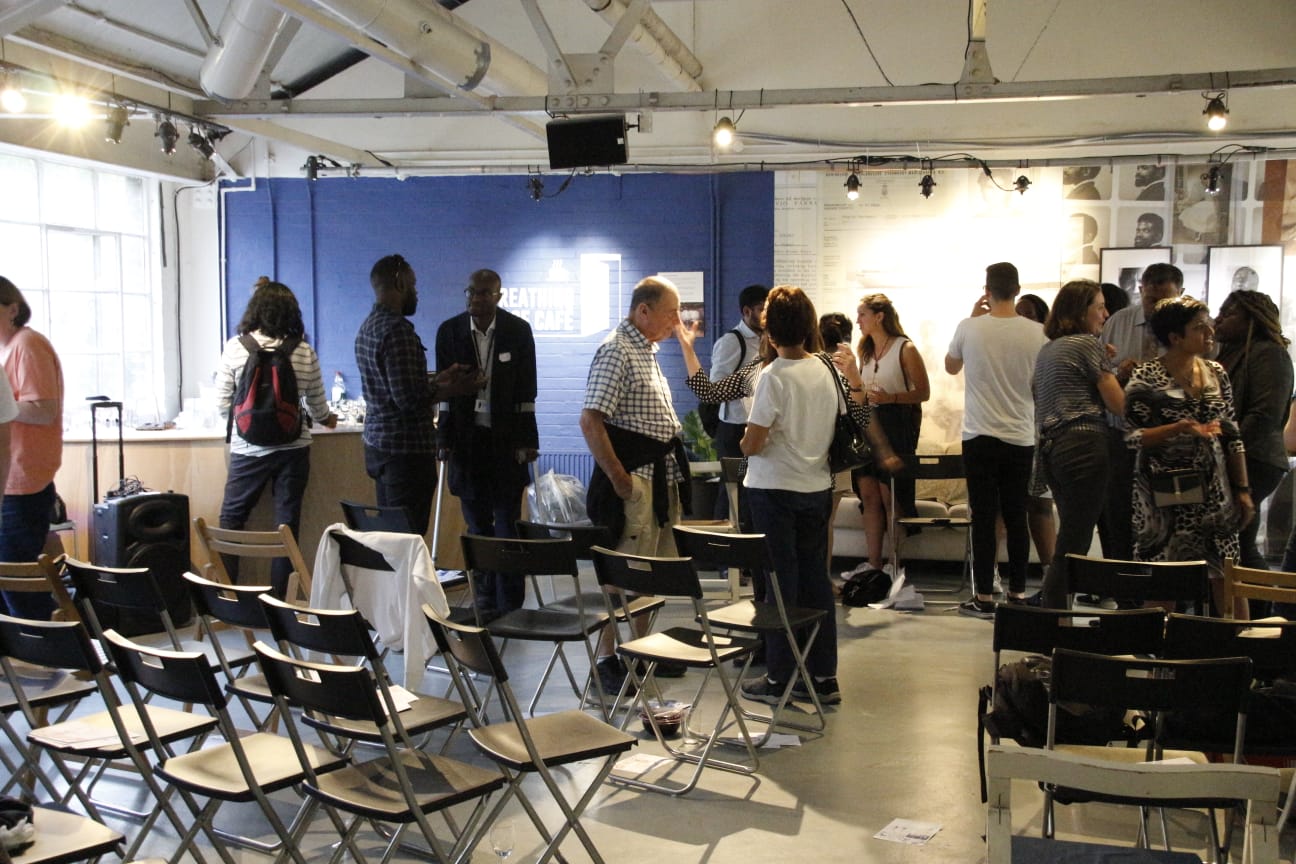 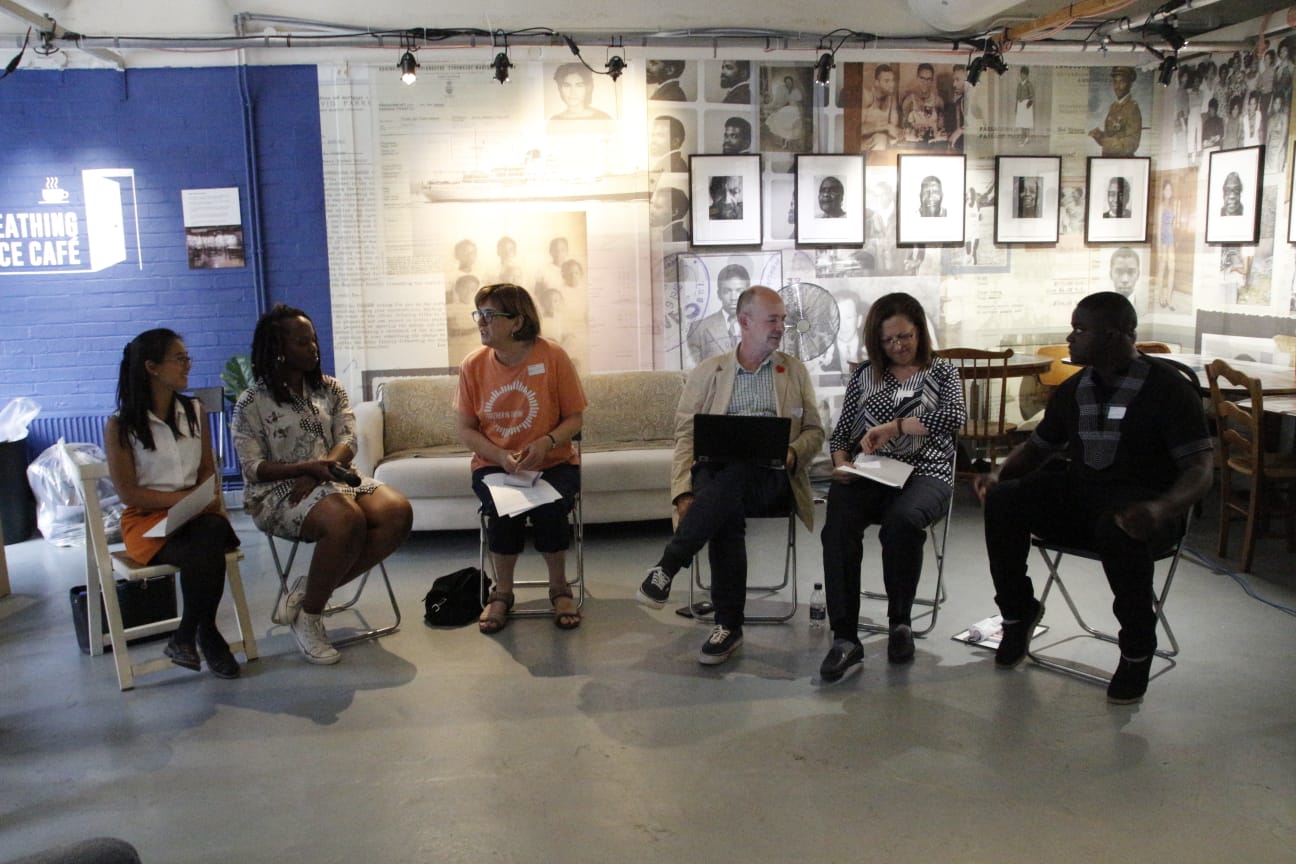 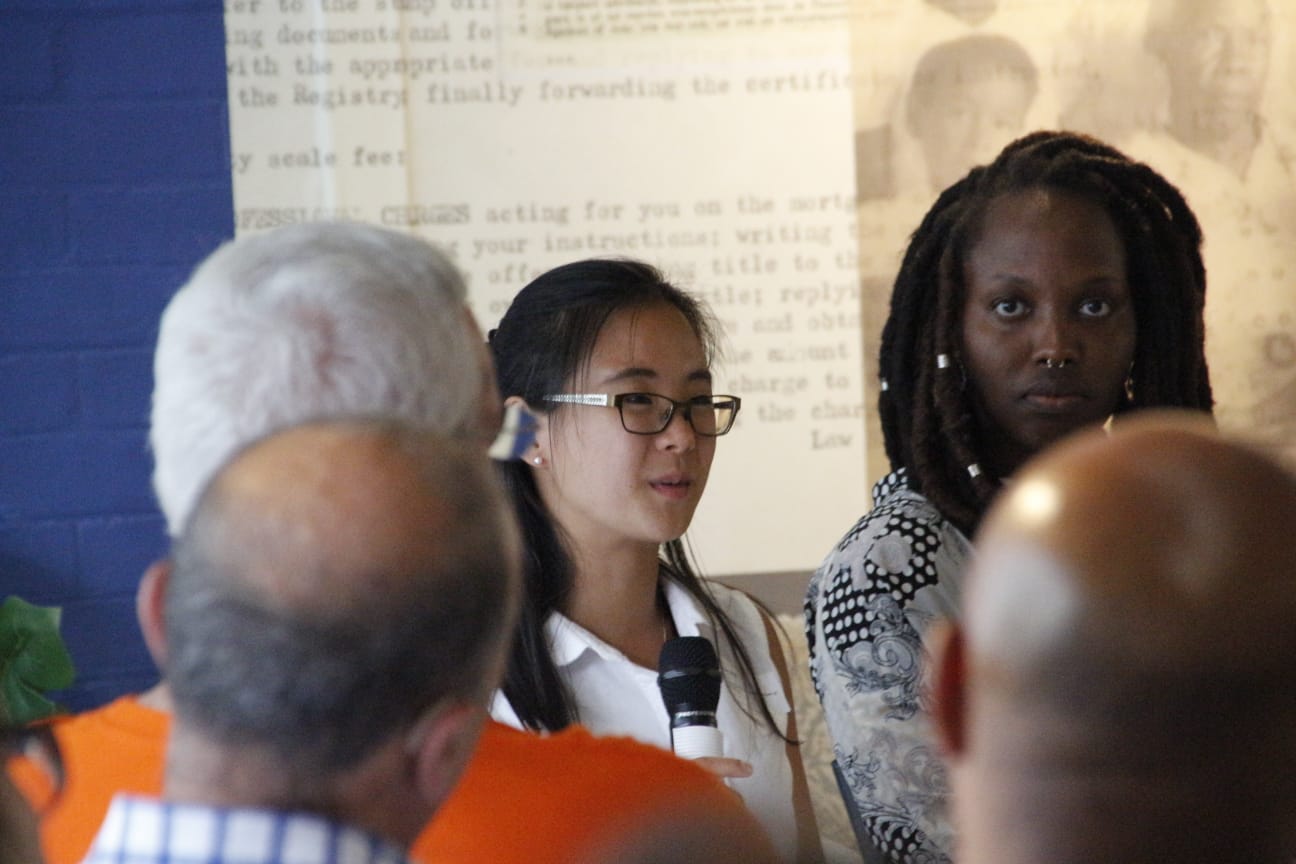 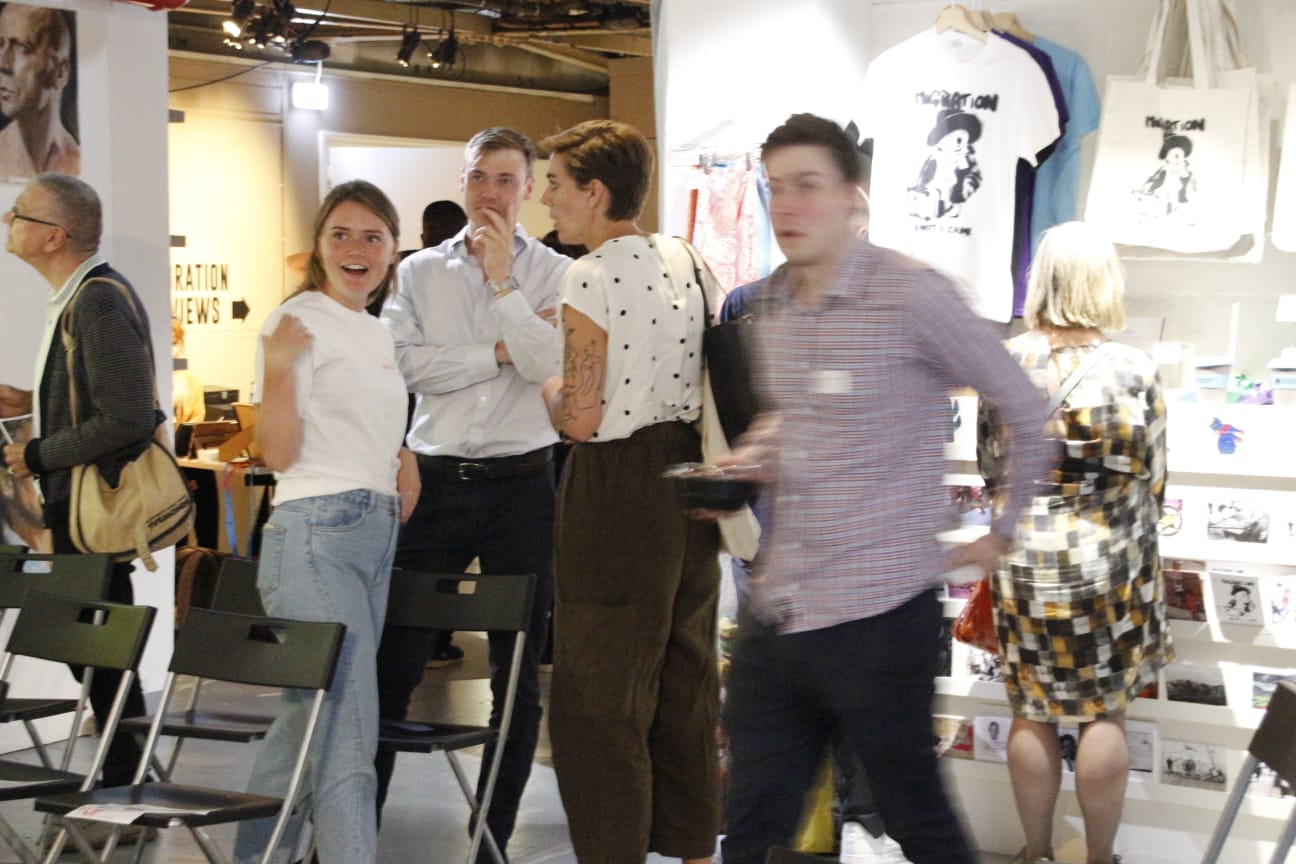 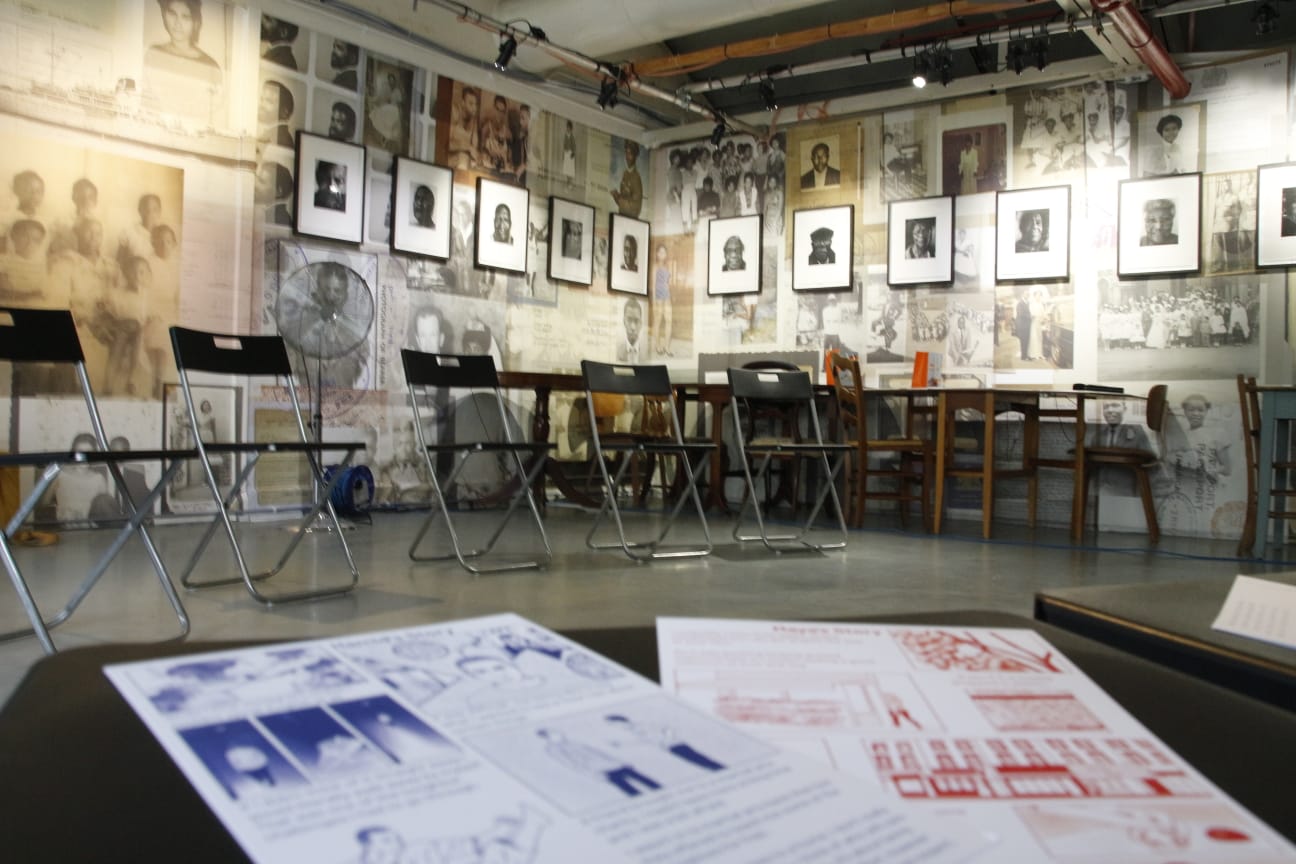 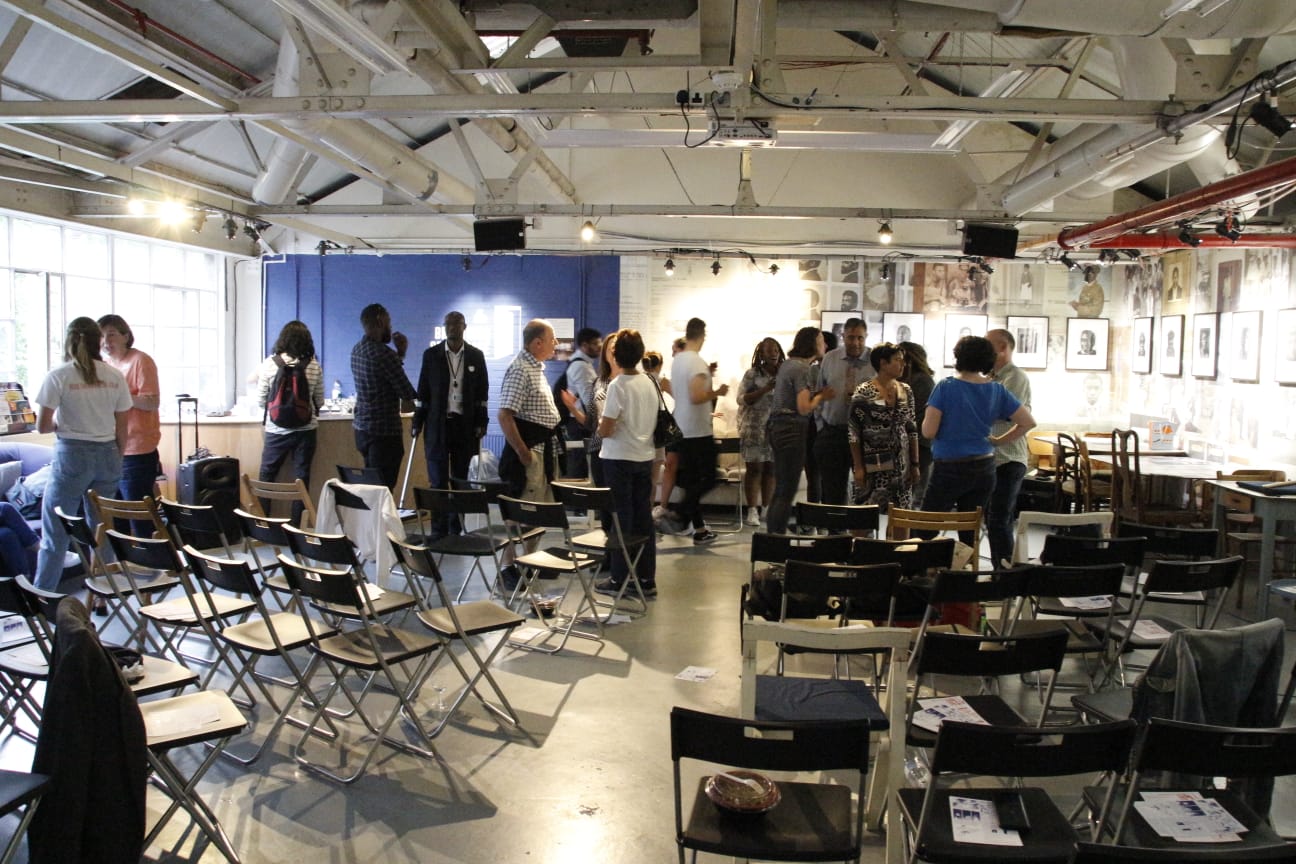 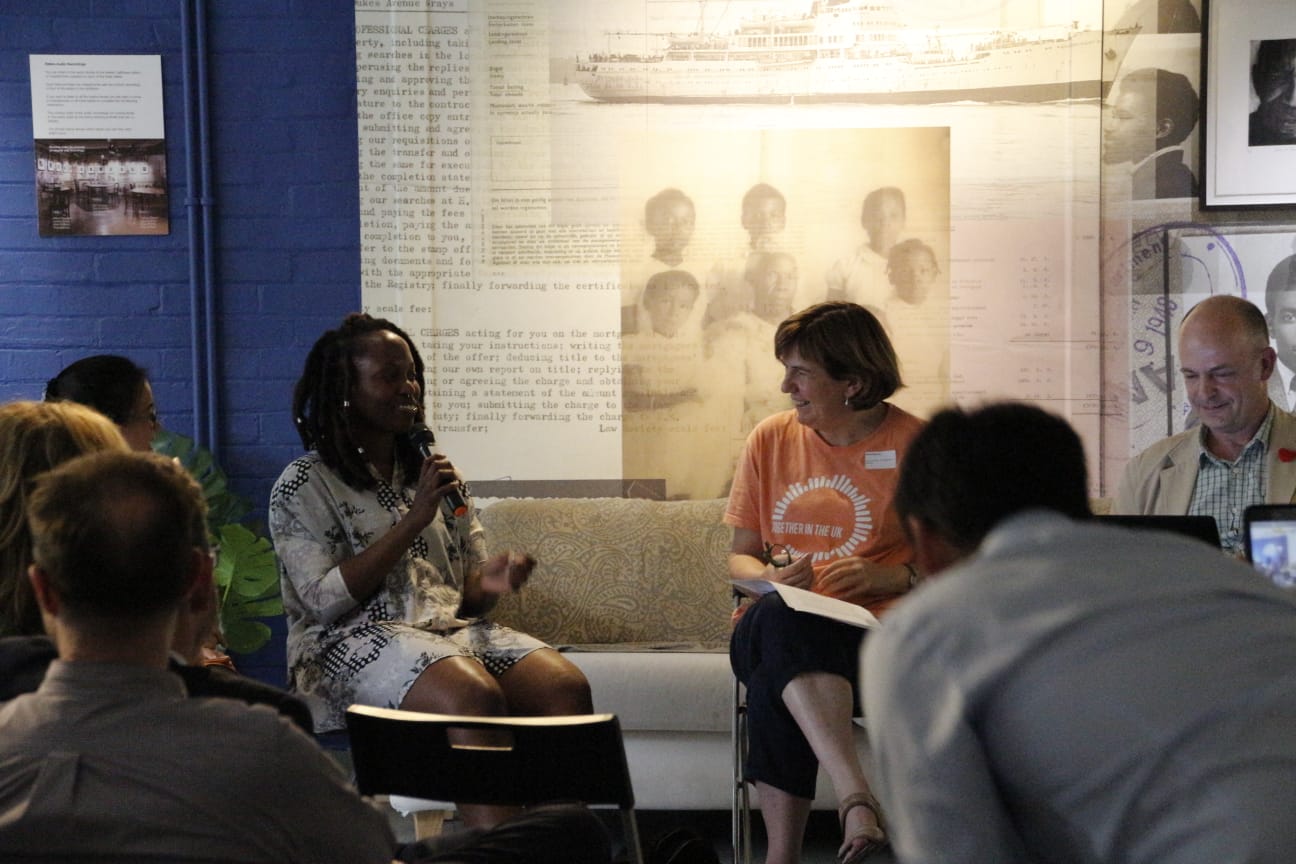 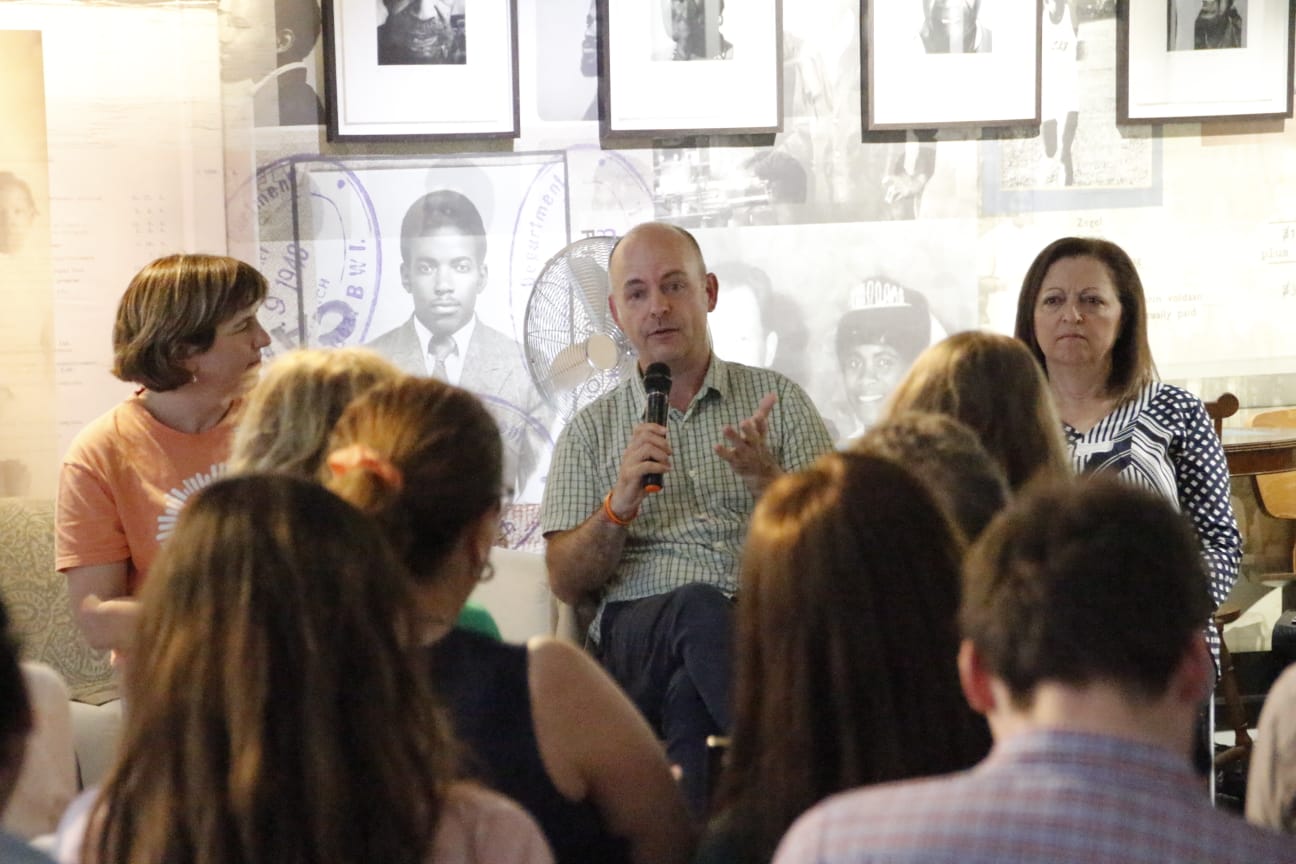 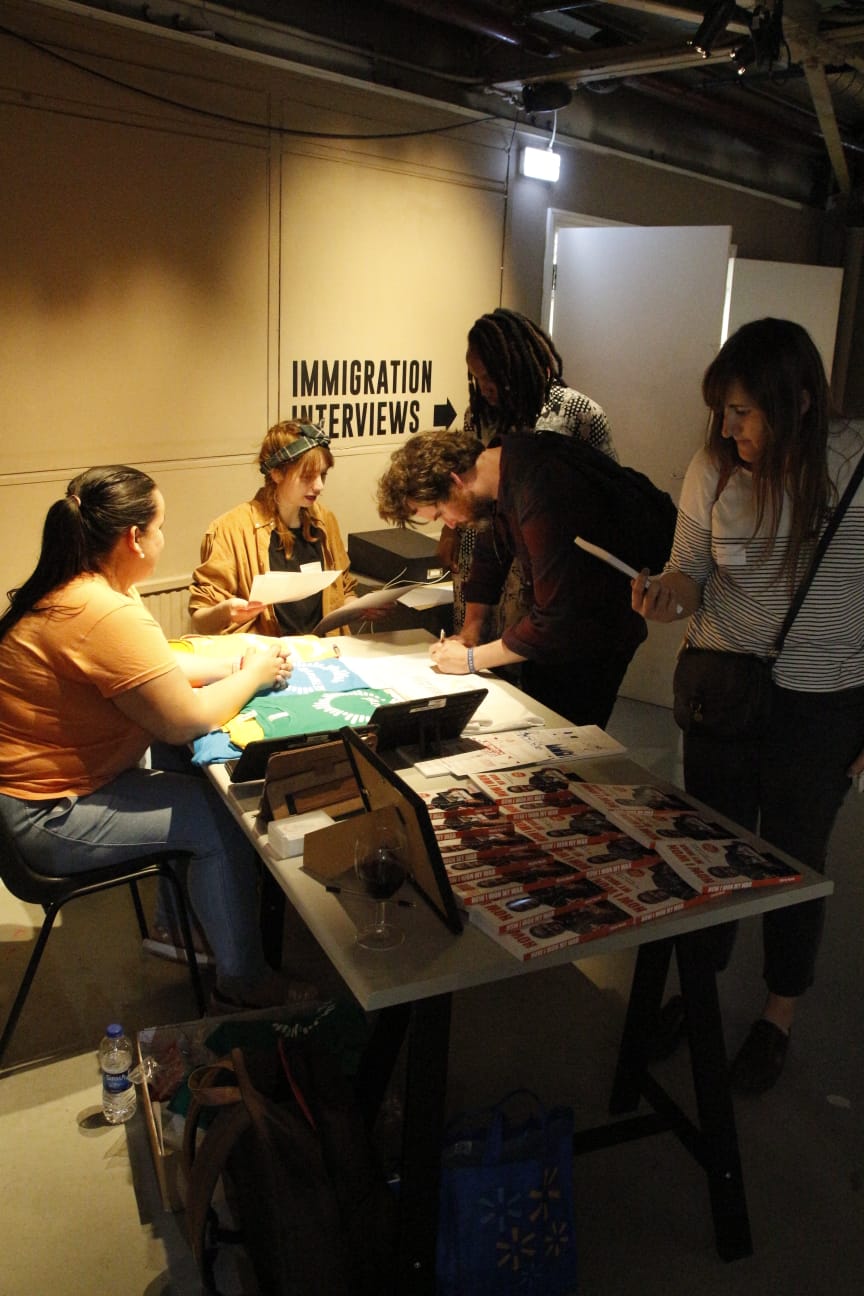 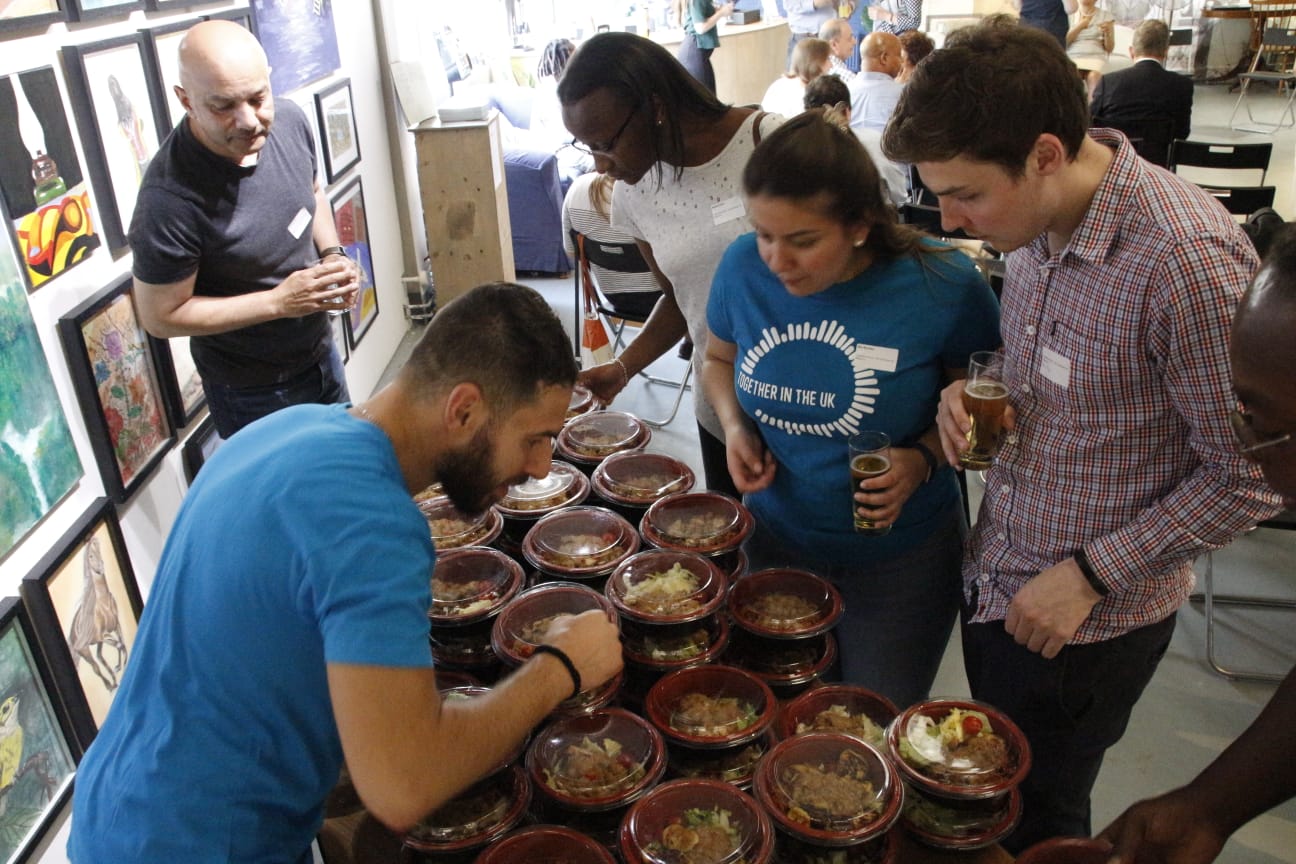 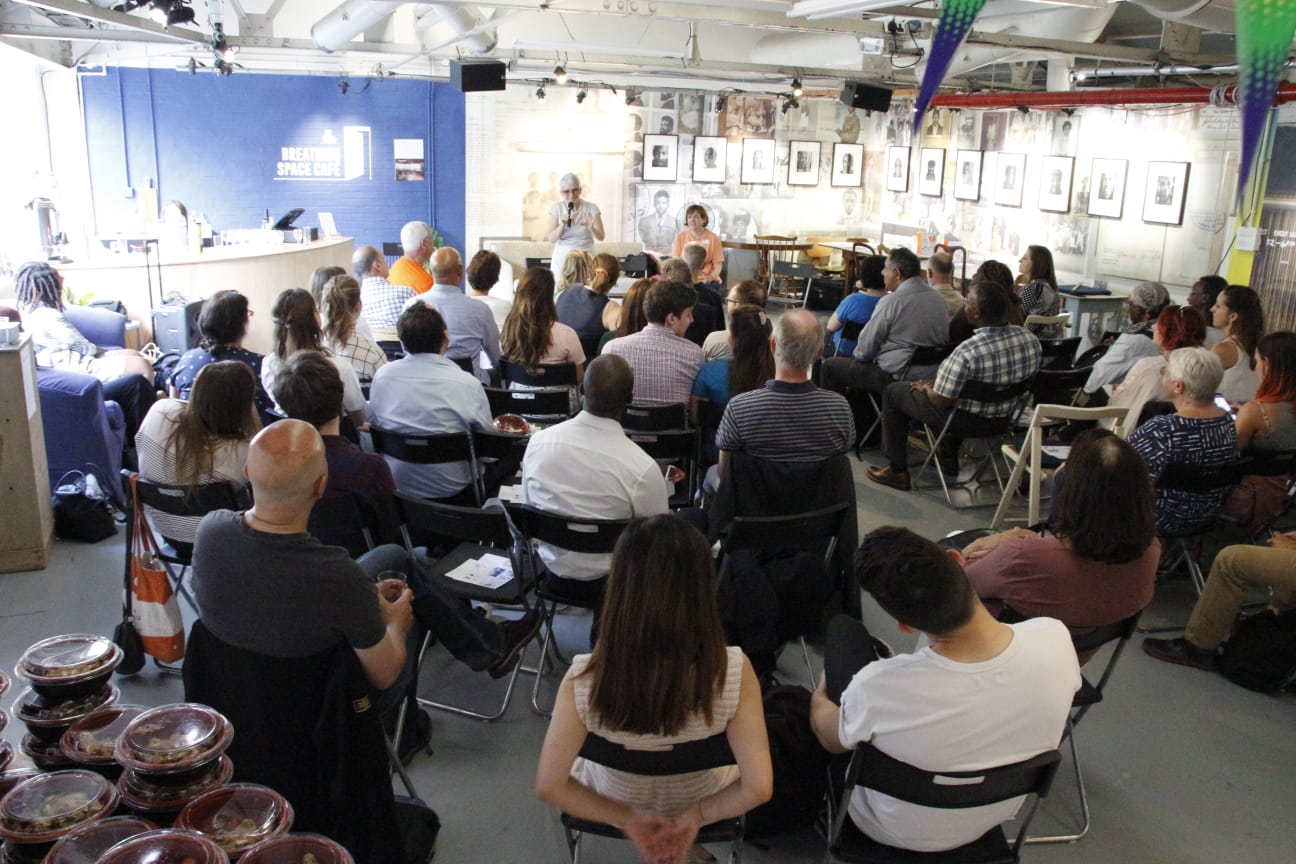 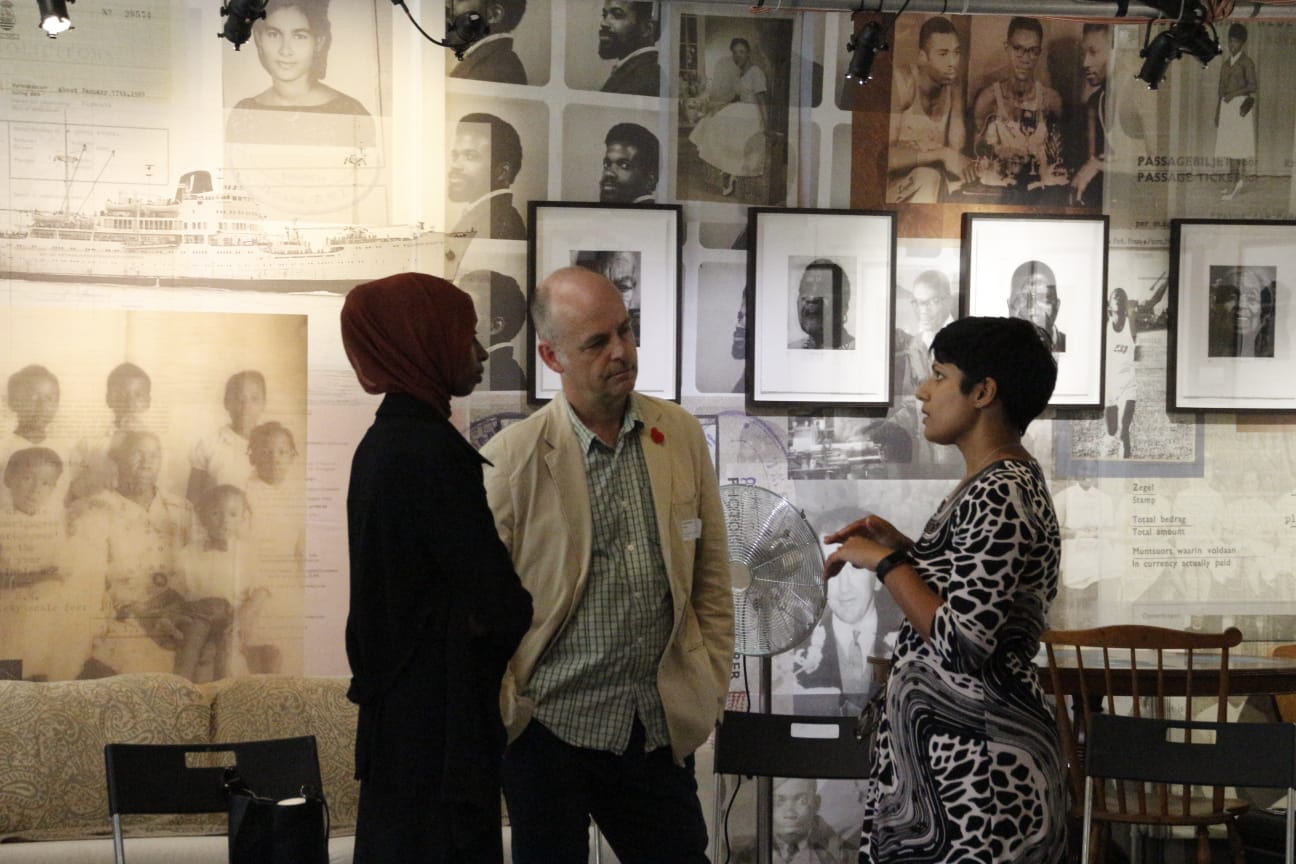 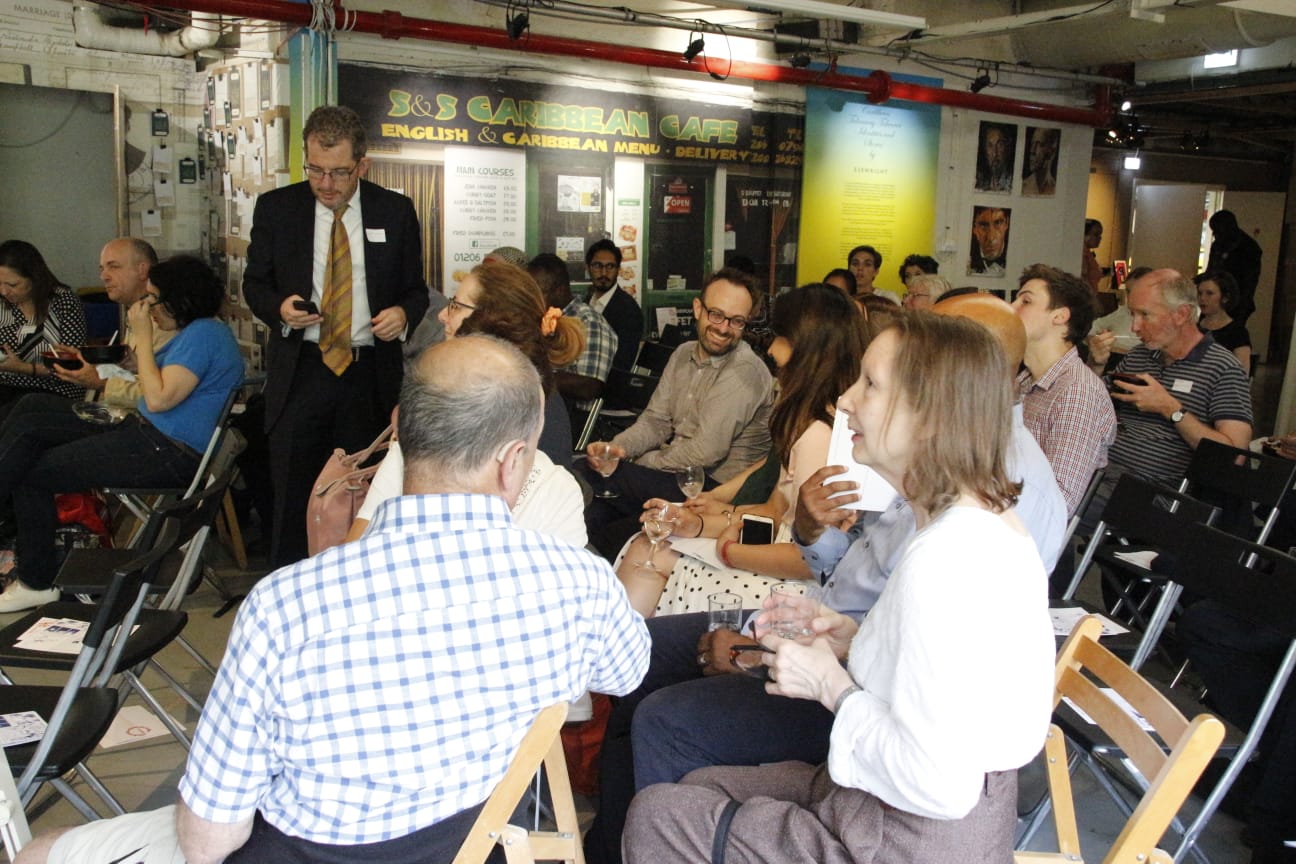 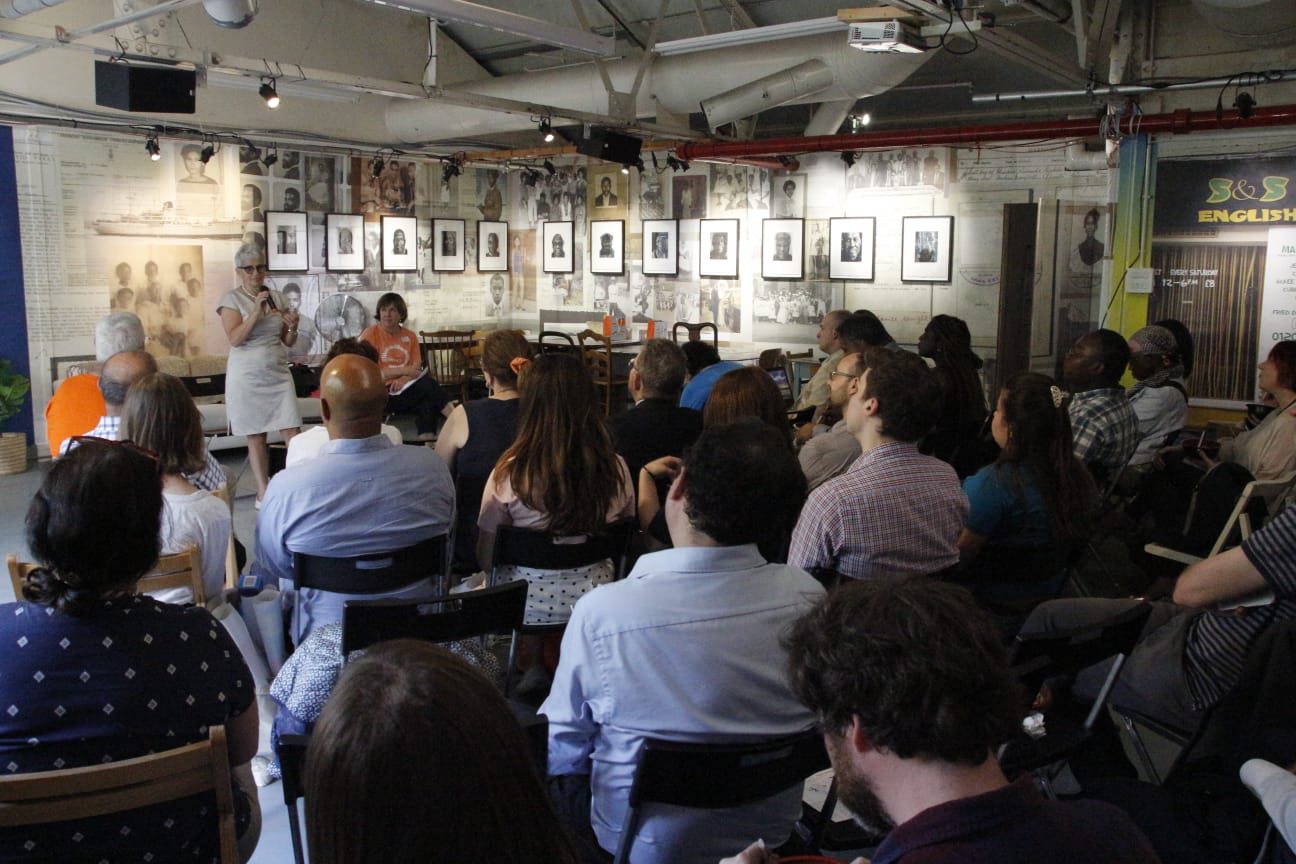 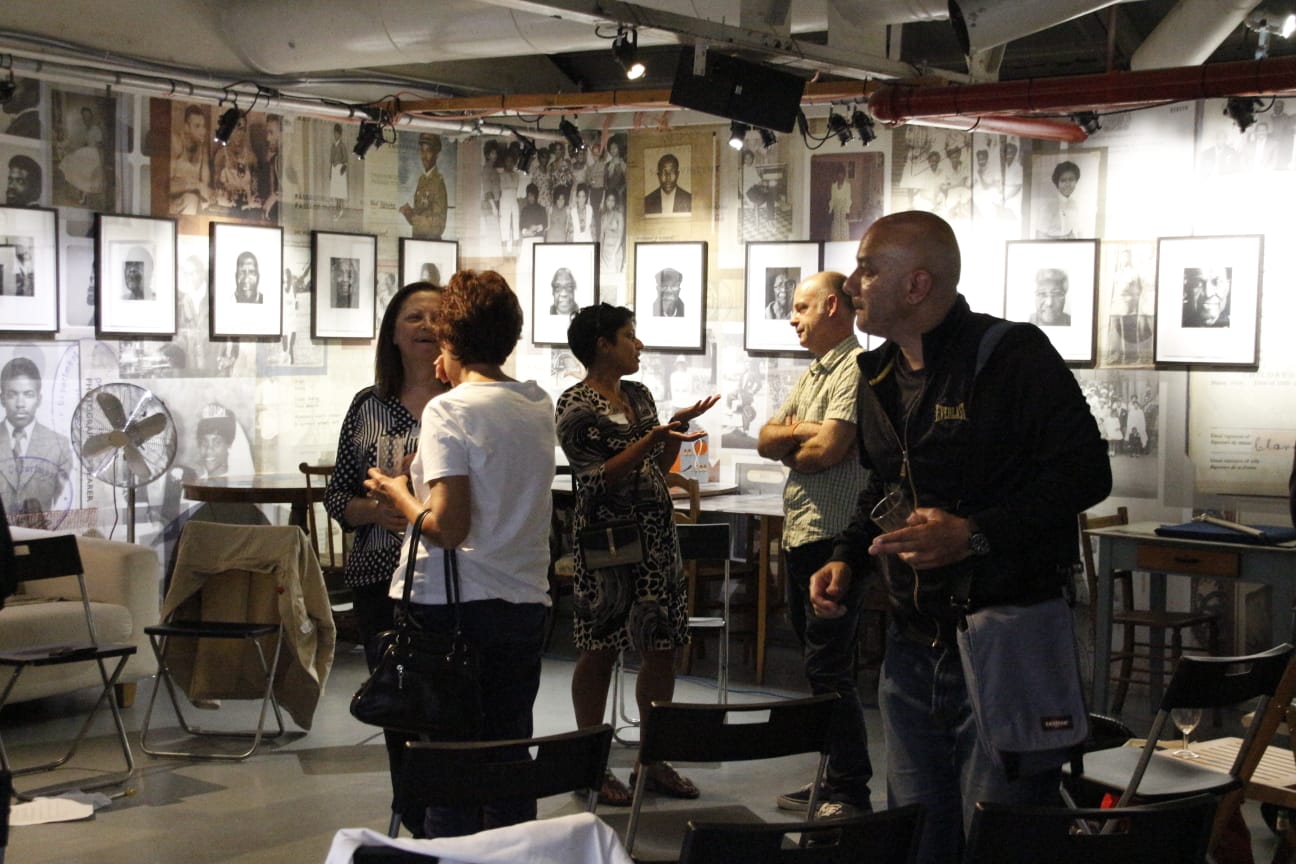 Join a discussion at the Migration Museum to look at the challenge of creating a new life in the UK where TogetherintheUK will launch a report on the subject: ‘Moving Matters’. To discuss the issue is our keynote speaker, Professor Clare Gerada and an expert panel

Subscribe here to get access to TGIUK’s report: Moving Matters; The Challenges and Solutions for making a new life in the UK

Buy the book ‘How I Won My War’ by Charly Ngouh and TogetherintheUK merchandise at the event. 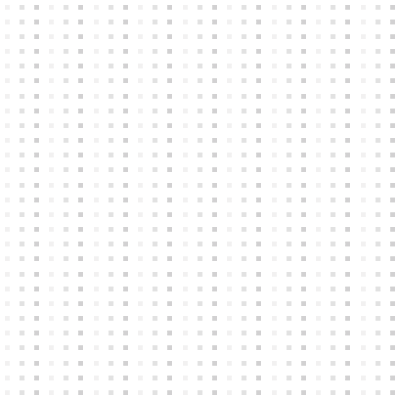 Her father emigrated to the UK in the 1960s , enticed to come to help in the already struggling NHS. He served the NHS for 4 decades as a general practitioner in the East of England. Nearly 60 years later our health and social care systems rely on immigrants who help fill gaps, deliver essential services and care for patients. She will reflect on how, spurred by the divides created by Brexit, that we undervalue the enormous contribution made by immigrants to our country. She will talk from a personal perspective of her experience of working in the health service and the contribution made by our International colleagues.

The founder and Executive Director of Migrant Voice. She has 30 years experience running services for refugees, asylum seekers and migrants, and supporting migrants to advocate for their rights. She has particular expertise in migrant-led media work including establishing the Migrant Voice newspaper and the New Londoners, the first refugee newspaper in London.

A Freelance asylum and migration specialist, and a Director of MigrationWork CIC, a not-for-profit consultancy. Previous roles include EU Representative for the European Council on Refugees and Exiles between 2004 and 2007. He is an adviser to the Oxford University publication Forced Migration Review and volunteers in his home town of Brighton as Chair of the local City of Sanctuary group, Sanctuary on Sea and Trustee of the Hummingbird Refugee Project, which supports young refugees.

A Cameroonian author, who served as a Foreign and Commonwealth soldier in the Iraq War. He was born in Cameroon in 1980 and moved to the UK in 2001 to study law. His book How I Won My War documents both family challenges, and the challenges of being an immigrant creating a new life in British society.

A huge contributor to TGIUK’s content, sourcing stories from a unique point of view through artists, poets and playwrights and creating video interviews with migrants about their experience of life in the UK. Burundian born, her and her family fled the genocide and settled in Uganda before moving to the UK in 2004. Passionate about equal opportunity, she spent her early career supporting international development charities as well as homegrown social enterprises in the UK. She is now an Innovation Manager but continues to advocate for humanity in tech and diversity and inclusion within the workplace through mentoring underrepresented start-up founders.

A social researcher who has over the last six months conducted in-depth research for TogetherintheUK. Understanding people’s beliefs and experiences is at the heart of Karen’s work. She works directly with people to create award-winning programmes based on their insights. Her report ‘Moving Matters: the challenges and solutions to creating a life the UK’ summarises insights from the literature, social listening, a focus group and in-depth interviews with migrants.

Teresa Norman: Introduction to the event

Dr Clare Gerada: Working in the health service and the contribution made by international colleagues