Breaking Boundaries with ‘The Beautiful Game’

This month’s World Cup has been touted as the most politically charged tournament ever, at a time when the international political landscape is at its most delicate. However, here at TGIUK, we’re optimistic about the impact that the tournament will have on society, in particular, migrant communities.

Twenty years ago, FIFA found itself in a sticky situation when the draw for the 1998 World Cup pulled together the USA and Iran in the group stages. Despite hostile relations between the two countries, an open-minded approach from both FIFA and Iranian Football Federation transformed the political hotbed of tension into one of the finest hours (or 90 minutes) for the ‘beautiful game’.

Each Iranian player presented their ‘opposition’ with white roses – a symbol of peace in Iran – and the two sides joined together before the game for one of the most iconic team photos in the history of the World Cup. 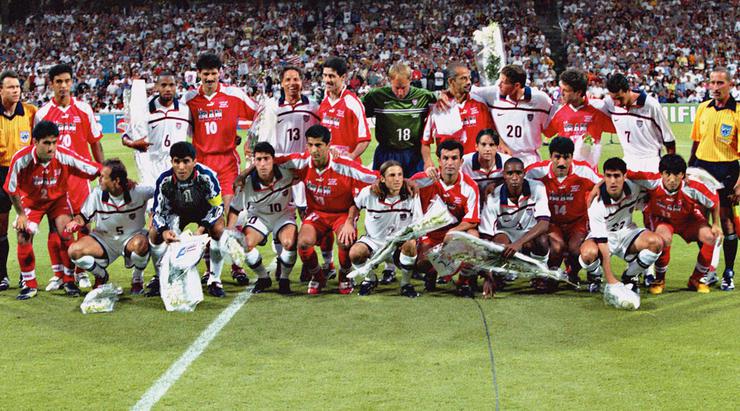 While both sets of teams probably acknowledged they wouldn’t resolve any conflicts over 90 minutes of football, their open-minded and liberal approach would serve to narrow the divide between the two nations. The game was followed by a scheduled friendly match two years later. In the words of US team defender Jeff Agoos –

“we did more in 90 minutes than the politicians did in 20 years”.

Evidently, football can be a powerful tool for facilitating openness and inclusivity, which brings into sharp focus the role it can play in the future of migration. At the last tournament in 2014, 476 players (65%) played for clubs in countries outside of their World Cup nation, making them stakeholders in the liberal movement of migrants. As we reach the highest number of displaced people worldwide, it will be fascinating to observe the role the labour migrants of the World Cup (i.e. Ronaldo, Kroos, Messi, Ibrahimovic, Neymar, Pogba, Hazard) will play in fostering social integration worldwide.

About Together in the UK

Progress comes from understanding and the sharing of knowledge. TogetherintheUK is about helping people who have come to the UK live an inclusive life through sharing insights from people who have made a similar journey.

TGIUK will be carrying out research to better understand the attitudes and behaviours of people that have recently arrived in the UK, which will provide an important contribution to the evidence base for social integration.